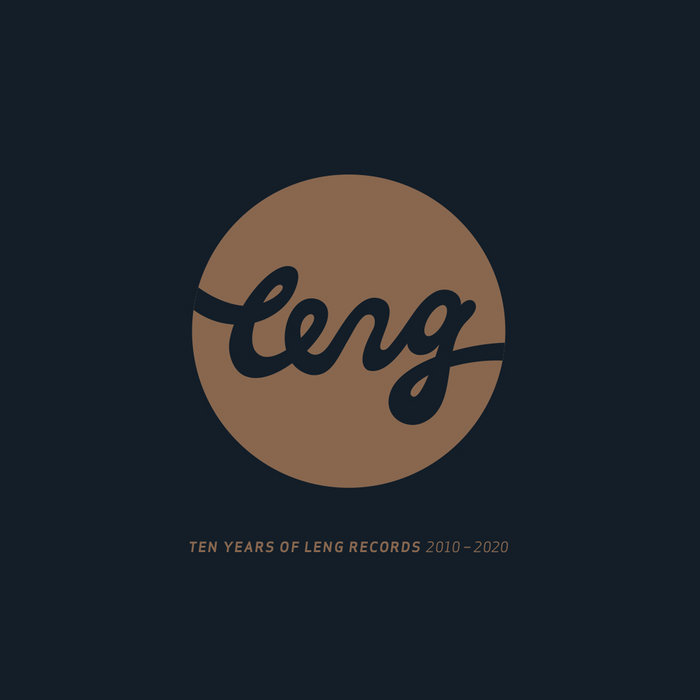 When founding the label, the pair wanted to represent the more chugging, mid-tempo end of the dance music spectrum – the point where 21st century nu-disco, Balearica and slow-house meets 1970s art-rock, krautrock and space disco. It’s this trademark cosmic disco-not-disco sound that dominates 10 Years of Leng, proving that the duo has rarely strayed from their sharply defined ethos.

Fittingly, the vinyl version of the compilation – a limited-edition affair which boasts a gatefold double-album and a bonus 10” single tucked inside – kicks off with an exclusive: the never-before-heard instrumental mix of Mudd and Harks’ joyous recent single ‘Susta’. Other exclusives across the collection include a wonderfully spacey and dubbed-out chunk of mid-tempo dancefloor fusion from San Francisco’s Cole Odin (‘The Numbers Game’) and, on the bonus 10”, brand new tracks from rising stars Lex and Harvey Couture.

From day one, Leng’s output has included commissioned remixes that are frequently the equal of, if not arguably an improvement on, the tracks being tampered with. That side of the label’s story is naturally represented on the compilation by a quartet of celebrated reworks: Mudd’s sleazy, mid-altering and insanely heavy ‘Slow Rave Mix’ of Tiago’s ‘The Source’, the glistening Balearic disco bliss of Max Essa’s instrumental version of Cantoma classic ‘North Shore’, Pete Herbert’s legendary piano-sporting nu-disco take on early Apiento gem ‘She Walks’, and an epic, dubbed-out Idjut Boys revision of Mountaineer’s ‘Golden Chalk’.

Elsewhere across the collection, Purnell and Murphy have chosen to showcase cuts from artists who have played a big part in Leng’s evolving story over the last 11 years. San Francisco’s 40 Thieves are represented by the druggy dub disco-meets-psychedelic rock chugger ‘Backwards Love’, while label mainstays Mushrooms Project offer up the even more psychedelic, rock-tinged headiness of ‘Hello Darling’. There’s also room for Turkish producer Ali Kuru’s inspired – and especially exotic – single ‘Luna’, and the low slung, always-rising cosmic disco heaviness of Fernando’s ‘Blue Impala’, an underground club smash for the label that first appeared in stores back in 2012.

Packed with sought-after tracks and overlooked gems, 10 Years of Leng is a fitting finale to the label’s first decade. In parts hazy, hallucinatory and heady, it deftly showcases the imprint’s refreshingly psychedelic and spaced-out take on contemporary electronic music culture.