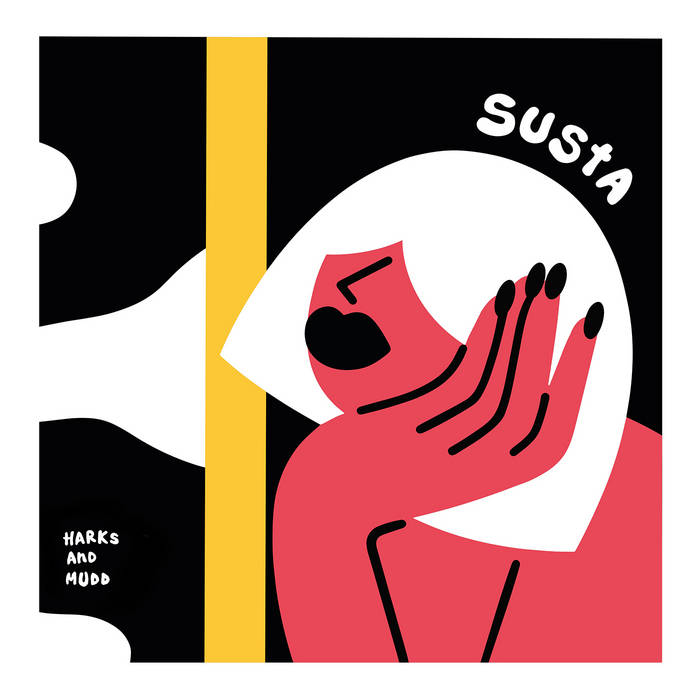 Dj Dupree aka. Bearman Superb track!! Such a powerful and beautifull song.

It would be fair to say that Leng co-founder Paul “Mudd” Murphy is a born collaborator. Since first donning the Mudd alias at the dawn of the century, Murphy has released numerous collaborative albums and singles with regular collaborators Ben Smith (as Smith & Mudd) and Kevin Pollard (Mudd & Pollard), as well as playing a key role in “super-groups” Paqua and Bison.

“Susta”, which marks his first single on Leng since 2009, sees Murphy add some new names to his growing list of collaborators. It was made in cahoots with singer/songwriter David Harks, a regular Satin Jackets collaborator who also appeared on Jack Cutter’s superb “Serpent Strut” cut on Murphy’s Claremont 56 label.

“Susta” is a bubbly, evocative and ear-pleasing chunk of mid-tempo nu-disco pop featuring lead vocals from Jaanika Leino AKA JaneLy – a former X-Factor Finland contestant whose sultry and evocative voice simply soars above Murphy and Harks’ sparkling, life-affirming instrumentation. Rich in twinkling synth solos, rich Clavinet lines, chugging arpeggio lines and eyes-closed piano, “Susta” is a strong song that will squat inside your head and stay there for days. Our advice is to welcome it in – it’s as joyous and life-affirming a track as Leng has ever released.

It’s accompanied by a predictably strong remix by British electronic music veteran Andrew Meecham (Bizarre Inc, Chicken Lips etc.), who dons the now familiar Emperor Machine alias to deliver a dub for the ages. Combining his own analogue and modular electronics with snippets of Leino’s vocal and some of the warmest instrumentation from Murphy and Harks’ original mix (think Clavinet and Rhodes for starters), Meecham offers up an epic slice of electronic dub disco that bubbles away for ten mesmerizing minutes. It’s a superb interpretation of a high quality cut. The digital download edition features a full Vocal remix and Instrumental take on Meecham’s Dub mix that’s every bit as off-kilter and alluring.