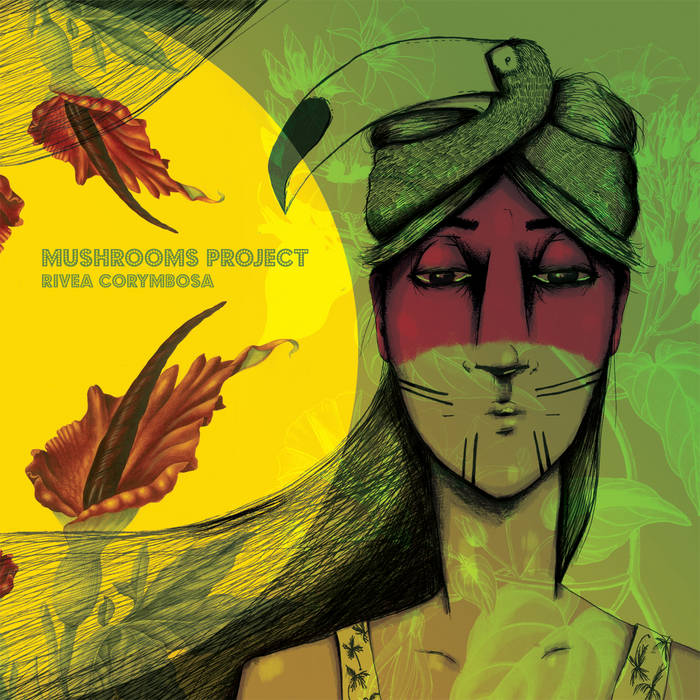 Take a trawl through Mushrooms Projects’ ample back catalogue, and you’ll immediately be struck by their constant artistic progression. Throughout their career, Giorgio Giri and Marco Lentano have refused to stand still, with each successive release offering a subtle signs of musical evolution.

They’re at it again on Rivea Corymbosa, a sophomore set that’s markedly different – albeit similarly minded – to their 2013 debut album, Undergrass. That album bristled with psychedelic intent, offering fuzzy, thickset fusions of dub-disco grooves, gritty funk-rock guitar licks and acid-fried musical flourishes. It was in marked contrast to their early 12” singles, which offered a nu-disco-era take on the pioneering Cosmic Disco sound developed in the late ‘70s and early ‘80s by fellow Italians Daniele Baldelli and Beppe Loda.

With Rivea Corymbosa, the Parma-based production duo has moved on once more. For starters, it’s far breezier and more positive in feel than many of their previous releases. The claustrophobic atmosphere and drowsy textures, so noticeable on Undergrass, have been replaced by the kind of lazy, sun-kissed vibe that evokes thoughts of Adriatic sunsets and afternoons spent by the pool on the Italian Riviera.

Even more startling is the duo’s expanded musical repertoire. The album features a much wider array of elements, from the title track’s darting Rhodes keys, vintage synth solos and wah-wah guitar flashes, to the humid pedal steel lines of “Baiano”, and the husky spoken vocals and spooky flute solos of the sparse, bongo-laden “Pulsacao”. They’re not afraid to utilize their own field recordings, either, as the children’s chatter underpinning recent single “Dirty Bolas” perfectly proves.

Throughout, the percussion feels loose and organic, the guitars casual but funky, the keys sumptuous and sensual, and the bass lines warm, rich and intoxicating. It’s the sound of two confident musicians, comfortable in their art, making music to soothe minds and gently tease punters towards the dancefloor.

The Mushrooms Project will be in London on Saturday 26th November signing copies of their album at the Independent Label Market in Spitalfields during the day and dj’ing all night at Brilliant Corners.