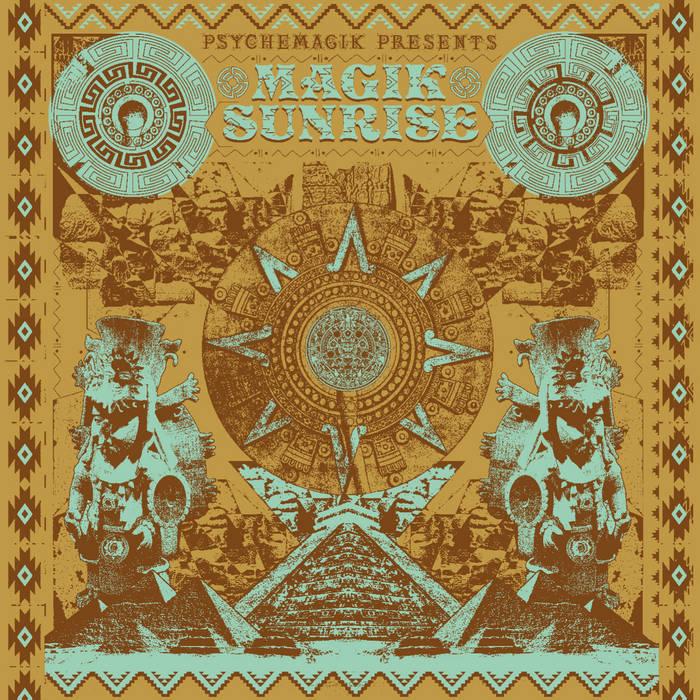 Klaviatura One of the best compilations ever made!

Bristling with psychedelic, cosmic and curiously Balearic oddities hand-picked from the depths of their vast record collections, Magik Sunrise is, if anything, even more inspired that its predecessor.

Given that Magik Cyrkles was widely considered to be one of the best compilations of 2012, that’s some feat. That collection garnered praise across the board, appearing in the end-of-year charts of Rough Trade, Juno and Piccadilly Records. As if that wasn’t enough, DJ magazine also described it as “f***ing great!”

The public seemed to agree with their assessment. The limited-edition gatefold, double-vinyl edition of the collection sold out within two days and now changes hands for upwards of £50 on Discogs.

For Magik Sunrise, the Kent-based duo has dug even deeper into the dusty corners of their record vault, deep in the Cosmic Forest. The result is another inspired, 15-track collection that gleefully skips between all manner of forgotten gems and little-known nuggets, occasionally stopping to acclaim an otherwise unknown track or artist.

Off-kilter African reggae (Max Adioa) nestles side by side with eyes-closed deep-jazz funk (Rob Mehl, George Oban), while the stoned, Balearic prog rock of Jeff Liberman jostles for position with the Steve Miller Band-on-valium goodness of Fox’s “The Juggler”. Then there’s the Roxy Music-ish grooves of Joey Newman, the drifting new age ambience of Iasos (whose “Formentera Sunset Clouds”, from the 1975 album “Inter-Dimensional Music”, is a highlight) and the folksy bliss of Yves Simon.

Artists originally ignored first time round, such as Daniel Mathieu, Cherubin, Susana Estrada and Steve & Teresa, are given a place in the spotlight. In fact, Leng spent a considerable amount of time tracking down each artist, allowing them to tell their stories, give the inside history of each track and relive their musical adventures – however previously obscure or overlooked.

“A lot of these artists have been hidden from the music industry for some time,” says Leng’s Simon Purnell. “Us finding them has proved to be a big deal for them, because these tracks were very important to them and this album has brought back their memories of that time.”