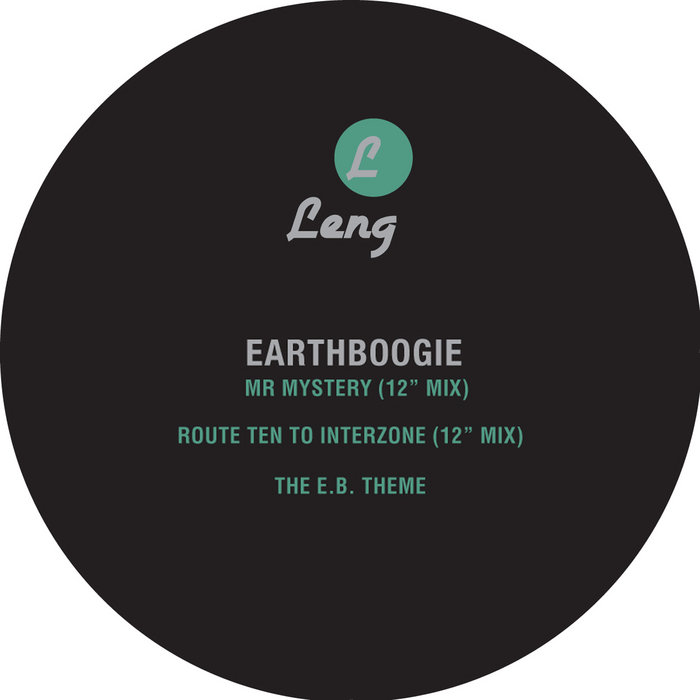 Fellow earthlings, cast your gaze skywards. If you’re quick, you might see Earthboogie’s intergalactic cruise ship coming in to land.

While they’ve been DJing around London and beyond with their custom built Quod sound system for some time, the Mr Mystery EP marks their debut appearance on Leng Records. It’s the first time the fruits of their studio labours, recorded in the space they call The Control Room, have made it onto vinyl.

Izaak Gray and Nicola Robinson’s musical vision is delightfully hard to pigeonhole, but is arguably best summed up by their self proclaimed dedication to all things “intergalactic, cosmic, tribal and terrestrial”. Some may draw clear parallels with the Afro-cosmic work of Italian pioneers Daniele Baldelli and Beppe Loda, where rock guitars, disco riffs, vintage synthesizers and heavy African drum rhythms are all thrown into the musical melting pot.

Things get even steamier on the flip, where the intergalactic, Afro-disco hustle of “Route Ten To Interzone” ushers aboard Earthboogie’s star-bound cruiser. Built around an irrepressible groove – think restless electronic bass, hard-wired disco-funk guitars and layered tribal drums – the track surges forward on a wave of chanted vocals, spacey synth solos and irrepressible disco flourishes.

“The E.B Theme”, a kind of aural call to arms, completes a fine first foray into music production. A little looser, hazier and deeper than the rest of the EP, the tracks is propelled forwards on waves of dreamy chords, lilting trumpet motifs, spacey electronics, tumbling disco guitars and a bassline that recalls the early days of Chicago deep house. It’s a wonderful end to a notably impressive debut 12”.