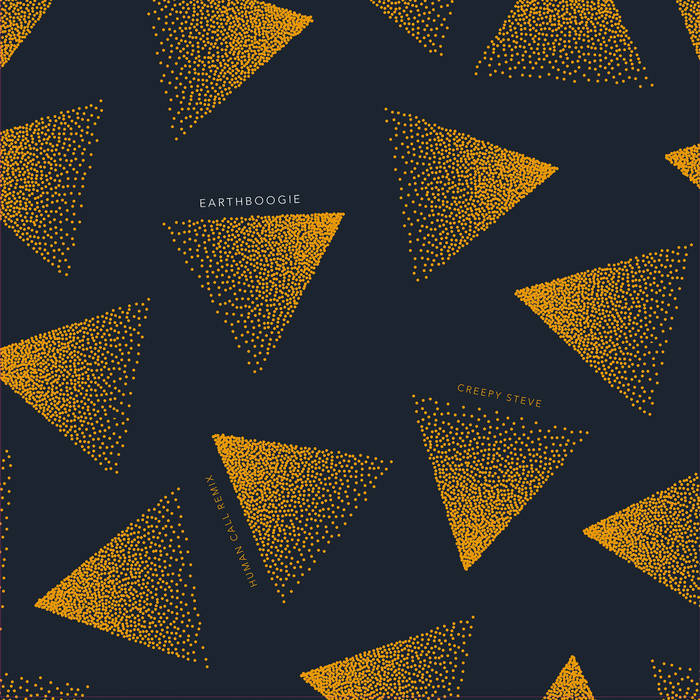 Since debuting on the label in May 2017, East London duo Earthboogie has been part of the extended Leng family. In that time, Izaak Gray and Nicola Robinson have delivered a swathe of superb singles and a fine debut album, 2018’s critically acclaimed Human Call. Here they present their sole single of 2019, a two-track fusion of intergalactic, terrestrial and tribal elements reflective of their by-now trademark style.

Fittingly, lead cut “Creepy Steve” – a previously unheard workout recorded during the sessions for Human Call – contains many of the musical ingredients that made Earthboogie such an enticing proposition. It boasts a raw, fuzzy and driving analogue bassline, densely layered tribal percussion, dub disco-influenced guitars, woozy electronics and sporadic blasts of African style chanting. As if that wasn’t enough to get the blood pumping, Gray and Robinson have also thrown in some extended, rock style guitar solos and more cowbells, bongos and timbales than you can shake a stick at